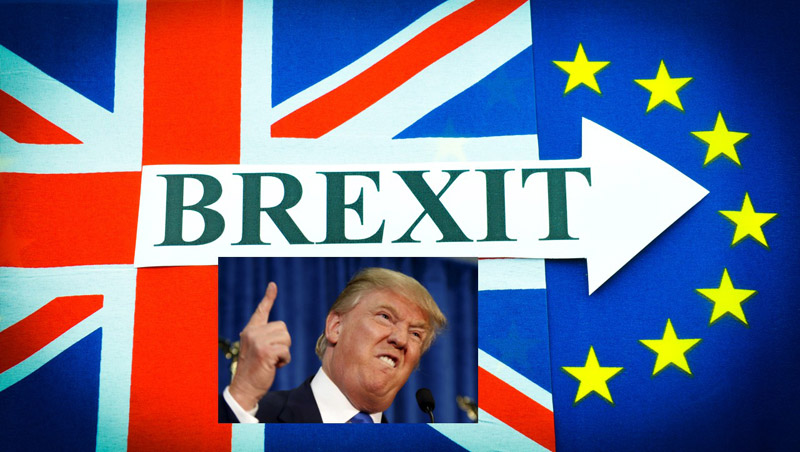 June 23rd 2016 - The UK referendum on leaving the European Union, the result shocking the rest of Europe and the World and sending markets in turmoil. Then on November 8th, 2016, the world was stunned to learn Donald Trump was going to be the next President of the United States of America.  Both results were unexpected and the consequences will change the world as we know it.

The UK Prime Minister Teresa May has now triggered Article 50 to leave the European Union and the Brexiteer's rejoice with cries of freedom and gaining "our country back".  Whether you agree or don't agree with Brexit one thing is for sure, there is great uncertainty in the markets and this will be the case for the next two to three years. Coupled with Donald Trump as President of the USA with his intention to put “America first” and Asia’s focus on trade liberalisation and globalisation will have a dramatic impact on trade for years to come.  Ayhan Kose the World Bank’s director for development prospects says “Because of the outsized role the United States plays in the world economy, changes in policy direction may have global ripple effects. More expansionary US fiscal policies could lead to stronger growth in the United States and abroad over the near-term, but changes to trade or other policies could offset those gains.”

So what's the effect of these two results on business in Spain?  To be honest we saw deals collapse on the referendum result as the initial shock and uncertainty was too much for clients to comprehend when they were about to sever ties with the UK and purchase a business in Spain, and we totally understand this.  Enquiry levels dropped and as a business we saw levels drop to the recession days again, all very worrying. However there seems to be a silver lining which is very interesting.  We are receiving numerous enquiries from the USA, we always have but not in the numbers we have seen recently, and speaking to clients the reason is the "Trump effect".  The clients we have spoken to don't want to be a part of Trump's new America and they are looking for a safe alternative in Spain.  The UK market for us seems to have levelled and we are sure on one of the reasons for this is weak Sterling, clients are waiting for a better exchange rate.  However we strongly believe that there will be a "Brexit effect" and people will want to move away from the UK and come to Spain to start a new life and hopefully be a European citizen.

The world is changing and this offers new challenges to businesses and we must grasp these and turn negatives into positives.