Mallorca is a Jewel! 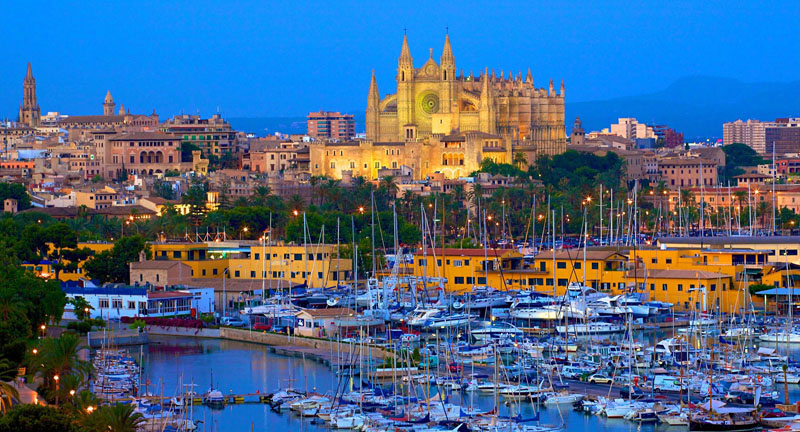 Discover Mallorca and fall in love with it's charm and character, we guarantee that you will. The turquoise sea, fabulous beaches and hidden coves, small villages effervescing with character and a modern vibrant city it's impossible not to!

The island is steeped in history however very little is recorded of the earliest inhabitants of the island. Burial chambers and traces of habitation from the Neolithic period (6000–4000 BC) have been discovered, particularly the prehistoric settlements called talaiots, or talayots.  The northeast of the island is famous for it's history Alcúdia which was founded by the Phoenicians, is understood to be the oldest city in the Balearic Islands. A successful Roman conquest in 121 BC,  resulted in Mallorca coming under the control of the Roman empire, and settlers poured into the north and south, forming Pollentia, in the area of Alcúdia, and Palmaria (Palma).
At the turn of the first century BC, Alcúdia fell under the command of Emperor Augustus, and it thrived for the next couple of hundred years, until the invasion of the Vandals in the fifth century. The Vandals were succeeded by Byzantine and Moorish invasions in the sixth and tenth centuries, and Pollentia fell to ruin; but even today there are interesting remains of this important Roman settlement which you can visit.

Mallorca became famous for it's "package holidays" many years ago, however town halls have refurbished the resorts resulting a far more friendly and family atmosphere.

Palma is the capital city of Mallorca and is home to over 50% of Mallorca’s population.

Palma has evolved considerably, largely to city planning and extensive renovation measures in the old town. The ‘pearl of the Mediterranean’ is today stunning, and millions of visitors each year are charmed by the Mediterranean ambience. In 2015, ‘The Sunday Times’ named it the world’s best place to live, now that's hard to beat!

Culture runs through the cities veins, with numerous galleries and museums such as Es Baluard and Palau March offering diverse exhibitions and classical music concerts all year round.

On the island there is a place for all tastes and ages and you will find your own piece of paradise.